Amanda Bynes have now been accused of stealing at the luxurious department store Barneys, in New York. According to TMZ Amanda put on a $200 hat and then walked out without paying.

However, security guards saw everything and arrested her the moment she stepped outside. Amanda was forced to go back in and according to

witnesses she then started to act all crazy.

According to Amanda she was being chased by fans inside the department store and simply used the hat to hide – she never intended to steal. The security guards didn’t buy into the story and forced Amanda to sign an agreement never to enter the store again. 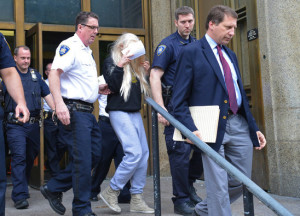 Taylor Swift is Trying to get Selena Gomez to Move