Jason’s wife booked the call girl for Jason’s birthday, and she says it was no big deal. “I will never see what we did as a big deal. It remains to this day one of the funniest things Jenny and I have every done,” he explained in New York Daily News. The couple, who’ve been married since 2008 and welcomed their first child in February, says they couldn’t care less if anyone judge them because of this. 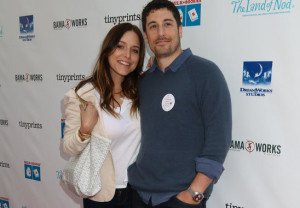