Just a few days ago Angelina Jolie and her 10-year-old children Shiloh and twins Knox and Vivienne, 8, were spotted for the first time since their divorce scandal on a Colorado vacation. Although neither Jolie nor Pitt has spoken publicly of their divorce process, the press does not stop filtering details of its controversial separation. The latest news, according to TMZ, is that the 53-year-old interpreter has again asked a Los Angeles Court Judge to keep all documents related to his six children secret. The site, which broke the news first about their separation, asserts that the protagonist of Allies accuses his ex-partner of compromising the privacy of children every time he filters information to the press.

This is not the first time that the actor asks Justice to keep the legal battle of his divorce secret. On December 8, Judge Richard Burdge Junior of Los Angeles did not accept the petition of the actor, since, in his opinion, the requirements to secrecy of the documents are not fulfilled. This petition comes days after the pre-agreement reached in November with Jolie under which the actress maintained the physical custody of her six children, while Pitt was authorized to make periodic visits under the supervision of a therapist. As it was established, the Oscar-winning actress will maintain the physical custody of Maddox (15 years), Pax (12), Zahara (11), Shiloh (10) and 8 year old twins Knox and Vivienne, while her husband still Will continue to visit under the watchful eye of his supervisor. 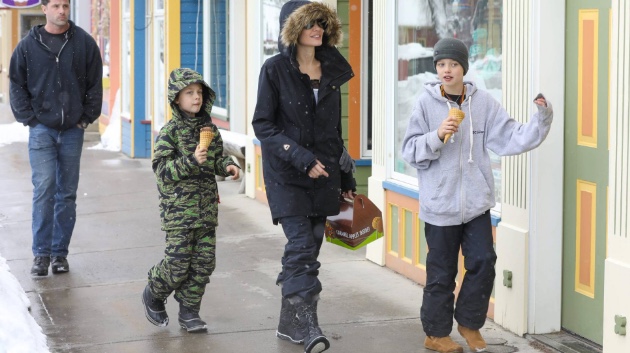 Last November he was released from charges after local authorities completed an investigation into a possible abuse case against one of his children. “Given that both FBI and child services have thoroughly investigated this issue and found no evidence, this line of attack does not make much sense,” an informant told People magazine.