Anna Wintour, 65, is one of the world’s most powerful people in the fashion industry and when she talks people listen.

Fashion week in New York just ended and on several of the photos from the fashion shows we’ve seen Wintour sit next to Kim Kardashian, 34, and little North West. Apparently Wintour hasn’t been appreciating this and she now wants to ban all kids from the shows.

As if this wasn’t enough – Wintour has supposedly also said that she thinks that Kardashian and Kanye West, 37, is using their daughter to steal the spotlight from all the designers. 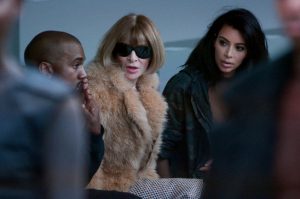 Gwen Stefani Playing With Her Kids