There’s no secret that Kim Kardashian and Beyonce don’t get along very well, despite the fact that their men are best friends.

Kim, who is set to tie the knot with Kanye West last month, invited the singer and her rapper husband Jay-Z to the ceremony. But Beyonce has a hard time bonding with Kim. The both stars randomly ran into each other at the same L.A. dermatologist last week, and Beyonce was trying her best to avoid Kim.

“Kim seemed so excited to see Beyonce and was really eagerly going over to her,” an eyewitness reveals to Radar Online. “But Beyoncé looked like she wanted nothing to do with Kim and was really trying to stay away from her. Kim was basically fawning all over her!”

Kim reportedly tried to talk to the singer, who tried to ignore her. “It seemed so clear that she did not want to talk with Kim and was just being polite to her. They really didn’t look at all like friends,” the source explains. There have been several rumors claiming that Bey isn’t exactly looking forward to attend at Kim’s wedding, which is set to take place in Paris on May 24. 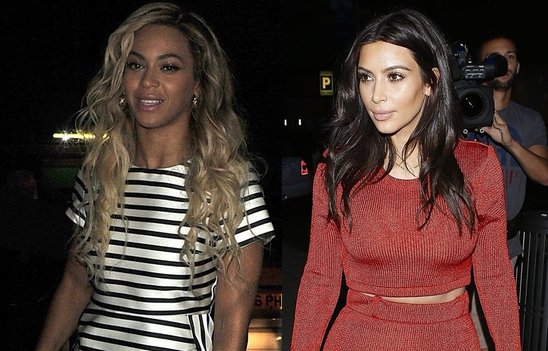