Bradley Cooper, 40, and Suki Waterhouse, 23, have now broken up with each other after having dated for about two years, E! Online reveals.

The former couple was seen together for the first time in March 2013 in Boston and they made their official debut as a couple nine months later when they went together to the New York premiere of American Hustle. 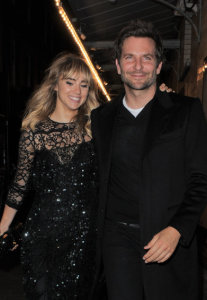 Kim, Kourtney and Kanye Taking Their Daughters to Ballet Class

One Direction Has to Pay a Drug Bond to the Philippines