Bradley Cooper, 39, is currently starring in the new movie American Sniper and the Oscar nominated actor met up with Vanity Fair for an interview.

Cooper has struggled with an alcohol addiction in the past (he’s been sober since 2004) which he says made things extra complicated when he prepared for his role as a soldier.

Cooper had to put on a great deal of extra weight/muscles to look as an authentic soldier and he didn’t want to use any kind of stimulants, that could mess with his sobriety, to reach his goal. He simply had to work harder than ever before and he says that he´s happy that his body reacted as fast as it did. 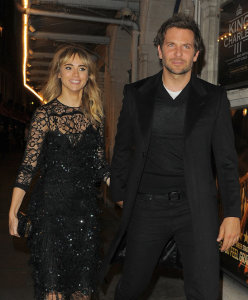 Rihanna Goes For a Late Lunch at Hakkasan in London

Jimmy Fallon is a New Dad