It’s been almost a year since Kim Kardashian, 34, married Kanye West, 37. One relative that didn’t attend the wedding was Brody Jenner, 31, and now we finally know how he felt about it all.

In the premiere episode of the new KUWTK Brody is out partying with his dad Bruce Jenner and siblings Brandon, Burt, Kourtney Kardashian and her boyfriend Scott Disick. After a couple drinks Brody says that neither Kim nor Kanye cared about whether he or Kaitlynn (Brody’s girlfriend who didn’t get invited to the wedding) came to their wedding.

When Bruce points out that he attended the wedding of Reggie Bush, Kim’s ex, he says that it was a no brainer for him. Brody went on by saying “Put Kanye and Reggie inside a burning building, guess who I would save? Reggie every day of the week 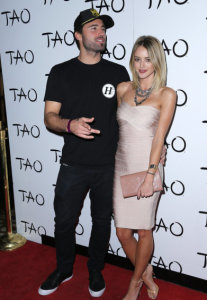 Paul Walker Jokes to Get Cut Out From Justin Bieber Roast