Cara Delevingne is dating again. The 22-year old model, who split from actress Michelle Rodriguez this year, is reportedly moving on with actor Jack O’Connell.

“Jack and Cara get on really well. So far their relationship is very casual but she’s a big fan of him,” a source tells The Sun. “They’ve been on a few dates and been seeing each other quite often but it’s not yet serious.”

The stars reportedly met on the set of the movie Tulip Fever, where they immediately took a liking to each other. None of them have confirmed the reports yet. 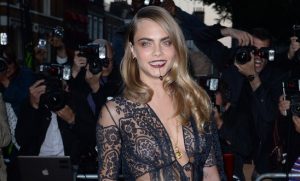 Jenner Excels In The Music Studio: "Everyone Is Impressed