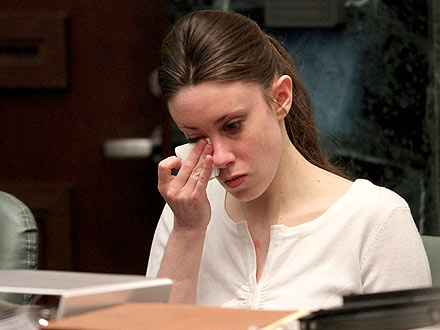 In a stunning verdict reached in just 10 hours and 40 minutes of deliberation, a jury acquitted Casey Anthony of murder this afternoon in Orlando, Fla.

A red-faced Anthony held back tears after the verdict. Having sat grim faced for almost six weeks of testimony, she beamed when she learned her fate.

Comprised of seven women and five men, ranging in ages from 32 to 65, the 12 members of the jury handed down the decision at 2:15 p.m. Tuesday.

The jurors spent four hours Sunday and six today breaking down the case against Casey. Ultimately, they found reasonable doubt and she walked.

Anthony could face a year in prison for each of the four counts, but since she’s been incarcerated for three years already, she may go free altogether.

Sentencing on the guilty counts will be held on 9 a.m. Thursday.