George Clooney wants to hire Lana Del Rey to perform at his wedding. The actor, who is set to tie the knot with Amal Alamuddin in Italy in September, is reportedly planning to hire “Ultraviolence” as their wedding singer, Female First reports.

“Amal is a massive fan of Lana’s, which has made George determined to make this happen. He contacted Lana’s people to see if she’ll perform at their wedding in Italy,” an insider says, and adds that he is prepared to splash out any amount of money to make his future wife happy.

Lana performed at Kim Kardashian and Kanye West’s extravagant wedding in Florence, Italy, in May, but she hasn’t confirmed yet if she is going to take the job. “Lana hasn’t told the couple yet whether or not she’ll be able to perform. But she’s wondering whether it might look tacky to sing at two of the most high-profile celebrity weddings of the year,” the source adds. 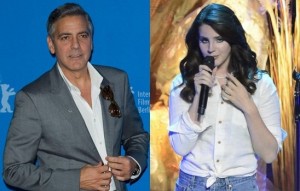 Kardashian Opens Up About New Boyfriend