“I have not seen ‘Fifty Shades of Grey.’ I don’t think I’m going to see it. Dakota was like, ‘You guys cannot come. There’s no way.’ So we’re not going,” the 56-year old adtress said, according to Female First.

Griffith also gushes about Dakota’s succes, and thinks she’ll go far in the movie industry. “She’s amazing – so good. It’s just so beautiful to see her doing this. She had her mom and her dad and her grandmother and she’s just taken us all and thrown us away,” she said. 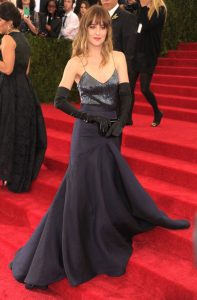 Jenner Celebrated Her 17th Birthday By Taking Shots With Bieber