Demi Lovato has spoken out against the silence around mental illness. The 21-year old singer, who is suffering from bipolar disorder, has joined “The Mental Health Listening & Engagement Tour,” to spread knowledge and raise awareness about mental illness. Lovato just released an introductory video, in which she candidly speaks about her own battle with bipolar disorder. 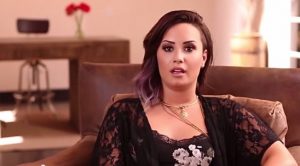