Katy Perry’s boyfriend Diplo isn’t one to give up on a fight. Lat week the DJ and producer started a Twitter feud with Taylor Swift, which led to Lorde jumping in to defend her buddy by saying that Diplo should do something about his tiny penis.

Diplo did not miss her diss and the verbal war

has continued on Twitter… The only one that has kept her cool in the situation is Taylor Swift who hasn’t even bothered to respond to any of Diplo’s tweets. 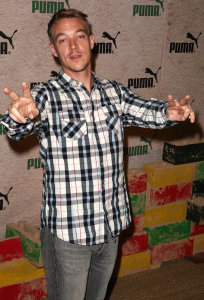