Kate Middleton’s longtime friend Jessica Hay confirmed to New Day that the Duchess of Cambridge is expecting again. Hay claims the royal couple will make the official announcement the next few months.

“Kate’s inner circle are buzzing with the news that she is pregnant,” Hay told the Australian paper. “I’ve heard it from several different friends of theirs now and they’re saying that they think there’s going to be an official announcement in weeks.” Hay famously confirmed Middleton’s first pregnancy in November 2012, only weeks before the royal confirmation came. 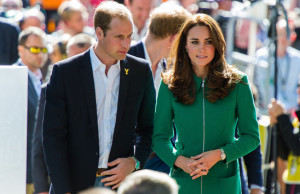 Hilary Duff Out Shopping For New Make Up

Report: Charlize Theron And Sean Penn To Wed This Summer