Taylor Swift, 24, has been single for almost two years now but it seems as if she finally has met someone that she can call her boyfriend.

Us Magazine has heard, through their sources, that Taylor is dating Matt Healy, frontman for British indie band The 1975. The relationship is supposedly very new and they don’t know how serious they’re gonna get – at the moment they’re focusing on having fun together.

However, Taylor Swift doesn’t seem to wanna admit to having a boyfriend. Just a couple days ago she wrote, on Twitter, that she wants media to stop accusing her of dating her friends. We’ll have to wait and see who’s story that is accurate. 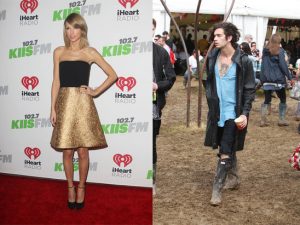