Kim Kardashian and Kanye West are getting married in May and have sent out the invites. But one person that is not interested in going is Beyonce, because she refuses to appear on Kim’s reality show Keeping Up With The Kardashians.

“Bey told Kanye that she under no circumstances will be a part of any filming on the wedding day if it’s for Kim’s reality show,” a close source tells Radar Online. “Jay-Z and Beyonce’s wedding was an intimate affair for friends and family only. This will be the complete opposite. She thinks it’s just tacky,” the insider continued.

The insider also says Bey will attend the wedding, because West considers them family, but she won’t agree on being filmed. 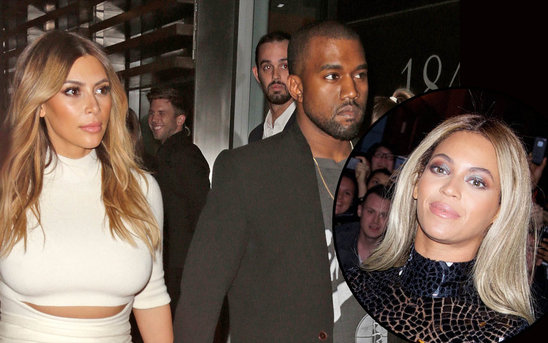 "Lost" 10th Anniversary Reunion: Do You Remember Them All?

Here's Why Kristin Cavallari Won't Get Her Children Vaccinated