Taylor Swift and Selena Gomez have been best friends for many years, but their friendship is now threatened by another singing talent – Lorde. Heat reports that Taylor and Lorde are getting close, and Selena is not having it. The “Royals” singer has publicly dissed Selena several times, especially for the message behind her smash single “Come & Get It”, and she has also slammed Taylor once by calling her “too flawless and unattainable.” But Taylor has obviously moved past Lorde’s public diss, and Selena is furious.

“Selena can’t stand Lorde, and has publicly trashed Lorde for not being feminist and supporting other female artists,” the source says and continues: “Taylor is buttering up Lorde, because she wants a musical collaboration and knows that Lorde is the hottest new thing in pop music.” The source went on to say that Taylor wants an edgier image, and she thinks Lorde can help her achieve that. 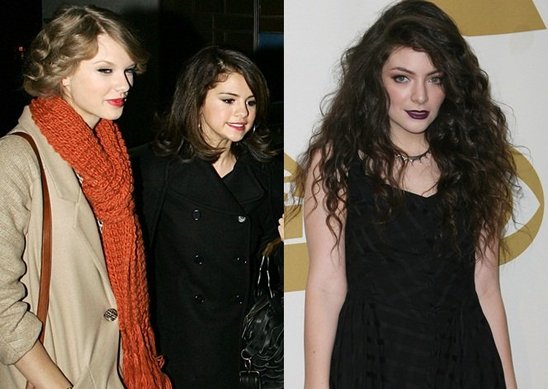 Khloe Kardashian Is Losing Her Hair After Divorce With Lamar Odom

Pregnant Nadine Coyle Reveals That She Is Expecting A Girl