Iggy Azalea is getting a divorce – only problem is that she didn’t know that she was married. TMZ have managed to get their hands on the divorce papers, regarding a common law marriage, signed by a man of the name Hefe Wine.

Despite its name common law marriage isn’t common at all. However, it exists in Texas and what it means is that if a man and woman lives together for a longer period and consider themselves to be married, well then they are legally married. Hefe Wine claims that he lived with Iggy between 2008 and 2013 and therefore is entitled to half of what she earned during this period.

Iggy however says that she has never regarded herself to be his wife and that he is only trying to make some quick bucks. This must be one of the strangest stories we’ve heard this week. 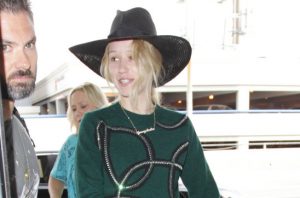 Justin Bieber dancing with a group of girls in Rome