He tried and tried to get her back (he even named his latest album after her) but Paula Patton has now officialy filed for a divorce from R&B-star Robin Thicke.

Robin and Paula got married in 2005 and everything seemed to be just fine for a couple years – pretty much until Thicke got famous all over the world with the hit single Blurred Lines. Then rumors started saying that Thicke was cheating on Paula as well as that he was having problems with drugs and alcohol – which he has admitted to.

It seems as if fame can be too much for some people to handle. Paula and Robin met when they were 14 and they have a 4-year-old son, Julian Fuego, together. 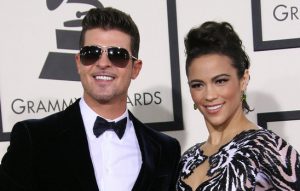