As we wrote about yesterday, there’s been a lot of rumors going around lately saying that Jamie Dornan, 32, would be leaving the Fifty Shades of Grey franchise. The reason? His wife didn’t like the steamy sex scenes in the movie.

Dornan has now, via his rep, sent a statement to ABC News saying that Jamie will not be leaving and that he is looking forward to being a part of the upcoming movies, if the production company decides to make another one.

So, there we have it – there is no reason to be worried. Jamie Dornan will continue as Mr Grey if there’s another movie 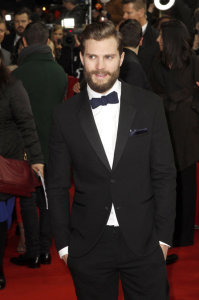