The youngest of the Kardashian sisters, Kylie Jenner, turned 17 on Sunday. The reality star celebrated her birthday with celebrity friends including Justin Bieber, Chris Brown, The Game and her sister Kendall Jenner. TMZ leaked a video from the party of Kylie blowing out a candle before a friend yells “Take a shot, take a shot!” and hands her bottle of booze. It has not been confirmed if she was actually drinking or not, as the video was cut the second after she took the bottle.

Justin also posted a picture of the reality star on Instagram. “Happy birthday @kyliejenner 😉 glad I got to spend it with u. So dope watching u grow up,” he wrote alongside the picture. 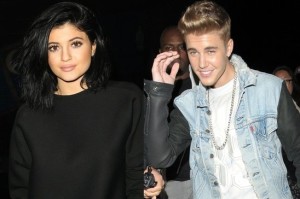 Dakota Johnson Bans Her Mom From Watching 50 Shades of Grey