t was recently reported that Kylie Jenner is focusing on a music career, and she is reportedly getting serious about becoming a singer. The 17-year-old reality star reportedly writing her own music and sources close to the star says she’s surprisingly good.

“Not only can she sing, but she is also starting to write her own stuff and is a pretty good songwriter!” a source tells Radar Online. As reported earlier, Jenners is taking help from a couple of professionals, including producer Tim Carter and Willow Smith. ” Willow Smith has even been giving her some pointers and everyone is seriously impressed.” Jenner has not announced when her debut single is set to be released. 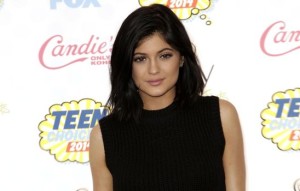 She will perform at this year's Super Bowl halftime show