Jennifer Lawrence, 24, has played the role as Mystique three times and she has now confirmed, to MTV, that

the upcoming movie X-Men Apocalypse will be her last in the series.

Lawrence didn’t elaborate any more on why she’s leaving but we’re not completely surprised. She has quickly become one of the most sought after actresses in Hollywood and she can pretty much pick any movie she wants to do. 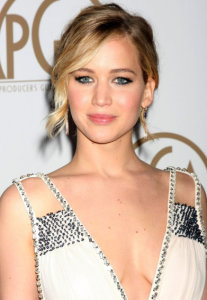