By the looks of it Justin Bieber is enjoying his time in Europe. Yesterday a video surfaced on Youtube where you can see Justin dancing with a group of girls in a bar in Rome.

Justin seemed to have fun and all. That is until he had enough of everyone trying to catch him on film. He grabbed the mic from the DJ and asked everyone to stop taking pictures and videos of him and instead enjoy themselves. He ended his little speech with calling them groupies. One has to wonder how Selena Gomez feels about his constant flirting. 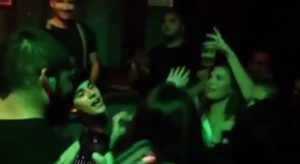 Iggy Azalea getting divorced - didn’t even know she was married.

She will perform at this year's Super Bowl halftime show