Justin Bieber is the center of an attempted robbery investigation after allegedly trying to steal a woman’s cell phone, the Los Angeles Police Department confirms. The singer was reportedly in altercation with a group of people at Sherman Oaks Castle Park batting cages on Monday, where Bieber confronted a woman, who was uninvolved, for trying to take pictures.

The woman says that when she refused to hand over her phone, he went into her purse trying to take it. The incident lead to an argument, and Bieber reportedly “ripped it out of her hands.”

It is said that Bieber handed the phone back when he discovered it was locked. The woman showed that she didn’t take any photos, and reportedly said she and her daughter only wanted to say hello. The woman filed a complaint report with the LAPD. 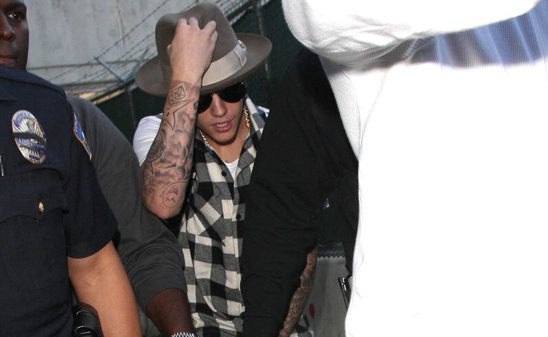 Hugh Jackman On His Cancer: "I'll Have Many More Scares