Kendall Jenner and Kylie Jenner’s novel ‘Rebels: City of Indra’ is going to be made into a film. Their mother Kris Jenner is said to be in the final stages of securing a deal.

“Kris hopes ‘Rebels: City of Indra’ could be the next ‘Twilight’ or ‘The Hunger Games’ teen sensation,” an insider told The Sun. It is so far unknown whether Kylie, Kendall or anyone else from their well-known family will star in the film adaption of the movie. 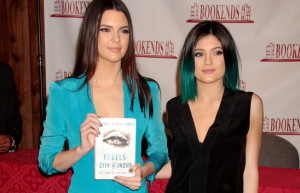 Why Selena Gomez And Demi Lovato Are Feuding Again