Kim Kardashian, 34, may be one of the world’s most famous people but one place that isn’t impressed by her success is the exclusive nightclub Los Angeles Soho House.

Kim has supposedly applied for a membership at the club several times but they have constantly rejected her, according to The Hollywood Reporter.

Tim Geary, who used to be responsible for the VIP guests, says that they don’t really like reality stars or celebrities such as Britney Spears as that only attracts a lot of paparazzi. 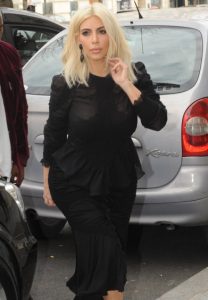