Kim Kardashian, 34, is undeniably one of the most talked about stars at the moment and every day she gets an enormous amount of press. Regardless, Kim doesn’t think that she gets the respect that she deserves.

In an interview with Re/Code Kim talks about her hard work discipline during the six days a week, and five months, that they record her different shows but still people don’t take her seriously just because they are reality shows. A genre that deserves much more respect according to Kim.

The fact that she’s good at making money is no secret. Rumors say that her new game, “Kim Kardashian: Hollywood”, will make approximately $200 million in its first year alone. 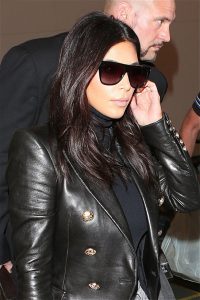 ASAP Rocky and Chanel Iman Have Broken Up