Kim Kardashian has decided her daughter North West cannot wear designer clothes until she’s much older. The reality star says she won’t spoil her daughter, so that she will grow up being thankful for what she has.

“North hasn’t actually worn anything designer yet. Kids get dirty, she’ll spit up,” Kim told People. “I just want her in little onesies or leggings,” she continued, adding that she gets a lot of clothes from her sister Kourtney’s daughter Penelope. “Despite what it looks like on Instagram, my daughter is not spoiled at all. 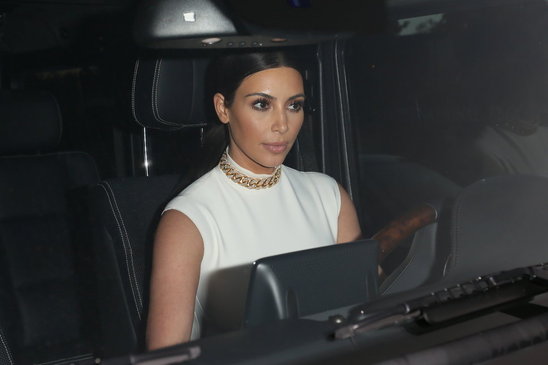 Kanye West Arriving At The Balenciaga Fashion Show In Paris