Kim Kardashian has fallen victim to a new nude photo leak. Private photos of the realitystar have reportedly been uploaded on 4chan, Reddit and Twitter this weekend, according to TMZ. The authenticity of the pictures has not been confirmed, but this comes just weeks after nude photos of more than 100 celebrities leaked online by an anonymous hacker.

Jennifer Lawrence is also believed to have fallen victim of this recent nude photo leak. It’s not known who is behind this attack yet. 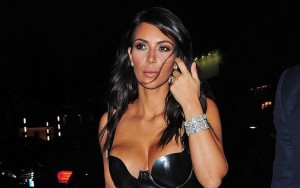 Kardashian Worries That Disick Will Leave Her After Third Baby

Bieber Gives Up Alcohol To Save His Career