Kim Kardashian has worked hard to be accepted by Beyonce, but the reality star has now abandoned her dream to be Queen Bey’s BFF. Kim, who has tried for years to get close with the 32-year-old singer, has given up her dreams and blames her for stopping Jay-Z from attending to her and Kanye West’s wedding in May.

“Kim blames Beyoncé for Jay Z skipping their wedding,” the insider tells Radar Online. “Kanye considered Jay family, and the last minute decision for him to not come to their wedding was extremely selfish.”

According to the site, Kim thinks that Beyonce’s behavior is arrogant because she refuses to even try to get to know her.“Kim thinks that Beyoncé has always been very arrogant and aloof around her,” the source adds. “Kim always made a real effort to get to know her and Jay, but she was always left with a very cold feeling. Beyoncé made Kim feel very insecure and that isn’t something that she is used to. 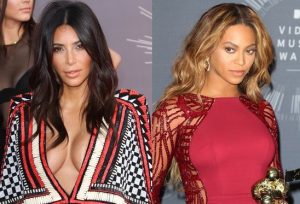 David Beckham And His Kids At Los Angeles Airport