Michelle Rodriguez is reportedly dating Cara Delevingne. The stars were spotted openly flirty and kissing at a basketball game in New York on Tuesday night, which sparked the rumors of a potential romance between them two. The British super model and the ‘Fast and Furious’ star to watch the New York Knicks defeat the Detroit Pistons at Madison Square Garden, but they couldn’t stop cuddling with each other during the game, reports Daily Mail.

Michelle came out as bisexual in October last year, and Cara recently confirmed her bisexual status recently while revealing on Twitter that she “plays for more than one team”. None of the stars have conformed the romance yet. 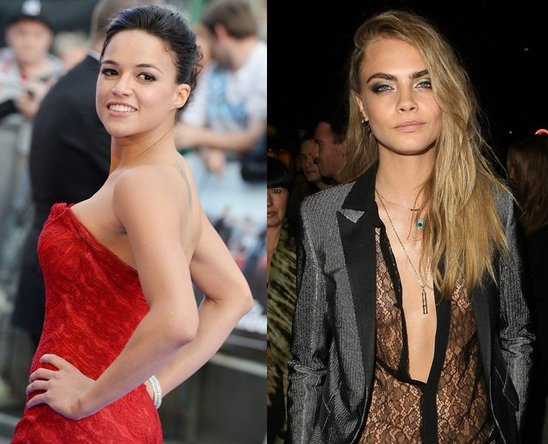 Kelly Osbourne On Matthew Mosshart Split: "It Was A Mutual Decision