Owen Wilson, 46, chocked the audience at Valentino’s fashion show when he and Ben Stiller, 49, walked the runway as their characters from Zoolander – it was all part of their promotion for the sequel.

After they walked the runway a source says that Wilson was hitting on every single model who was backstage. Later in the evening Wilson went to Hôtel Costes where he apparently was all over german model Anna Ewers.

A rep for Wilson denies that he was all over Ewers – however, the Valentino models were never mentioned in the statement. 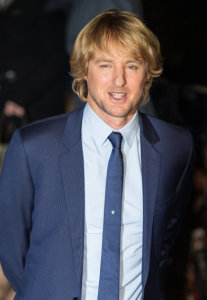 Kim Kardashian Holding North West's Hand Whilst Out in Paris