Jennifer Lawrence and Chris Martin are reportedly dating. The 24-year old actress, who split from her boyfriend Nicholas Hoult earlier this summer, has embarked on a romance with the Coldplay frontman, multiply sources have confirmed to E! News.

According to the site, the couple started dating in June and they have been spending more time together recently. Lawrence attended an after-party for a Coldplay concert in London last month, and an eyewitness reveals that they were openly flirting with each other.

“They were talking the whole time and being really flirty. There was a whole party of people wanting Chris’ attention, but his eyes were only on her,” a source said. None of them have confirmed the reports yet. 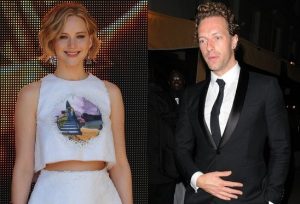 Demi Lovato Opens Up About Her Struggle With Mental Illness