Selena Gomez and Justin Bieber have not had the easiest kind of relationship through the years, to say the least. But it seems like the young stars, who have reunited again, are really trying to make things work this time around. Selena has now received some love advice from the singer’s mother Pattie Malette.

“Pattie and Selena have always been tight. Pattie adores her and sees her as her own daughter. She’s always been there for Selena through her roller coaster relationship with Justin,” a source tells Hollywood Life.

Pattie reportedly supported Selena after Justin’s dinner date with Kendall Jenner last week, and taught her how to approach her enemies. “No — Pattie would absolutely not want her son dating Kendall Jenner. She wouldn’t approve. She approves of Selena and has been advising her to stay true to herself, to be patient and to ‘Love her enemies’,” the source adds. 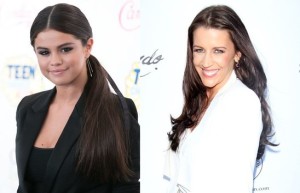 Why Khloe Forgave Malika After Texting With French Montana