It has already been two weeks since Joe Manganiello turned 40, yet celebrations for his birthday continue. His wife, actress Sofia Vergara, prepared a tremendous birthday party for him Coachella-style, California’s most important music festival. The 44-year-old star organized a very fun celebration attended by his closest friends and family. 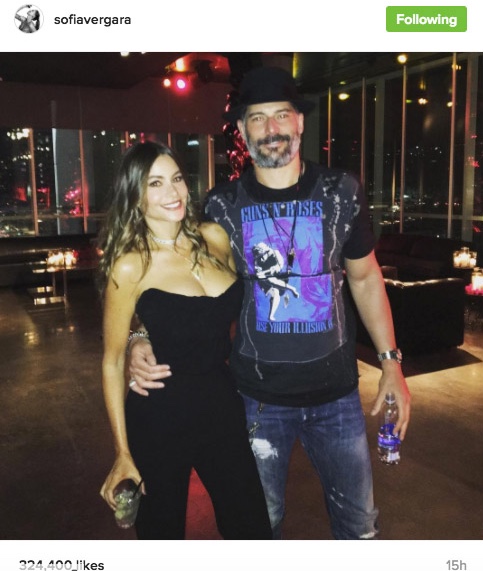 Joe did not stop singing with the band, Steel Panther, and even seemed like one of its members. The event, called ‘Joechella’, lasted until the wee hours of the morning and judging by the images that they uploaded to their social networks, it’s safe to say they had a great time. Among the guests was the son of Sofia, Manolo, who takes great care of Joe, and the entire Modern Family cast.

The party cake was the most original; It was a rock guitar by the group Van Halen with the caption: “Happy Birthday, Joe!” The cake simulated an instrument with white and black touches. There is no doubt that Sofia is the best hostess and when it comes to pampering her husband, she knows just how to do it.