Selena Gomez has been taking a break from showbiz since cancelling her Australian tour back in December last year. The reason behind her timeout was reportedly that she had to focus on her health and wellbeing, but it seems like the 22-year-old singer is about to retire from music.

“She made the decision to take this year off from work, but it was supposed to be so that she could focus on herself and getting healthy,” a source tells Hollywood Life, and adds that all her energy has gone to her turbulent relationship with on/off-boyfriend Justin Bieber. “Unfortunately it’s turned into being all about Justin and her health has actually suffered, it hasn’t been good for her.”

Selena is currently not working on new music, but her family reportedly wants her to get back to business soon. “Selena’s family would love to see her get back to work because it would give her something besides Justin to focus on and they know that being creative makes her happy,” the source adds. 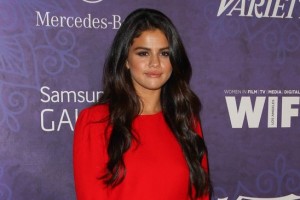 Reports: Aniston, Cox and Kundrow To Reunite In New Sitcom