Once upon a time Tom Cruise, 52, and Katie Holmes, 36, were the hottest Hollywood couple around but that time is now long gone.

According to TMZ, Cruise and Holmes doesn’t want to have anything to do with each other and it’s now reached that point where they’re on non speaking terms, even when it comes to their mutual daughter Suri. Apparently they have to use intermediaries in matters regarding their daughter.

This is not how we imagined things to end up when we saw Tom Cruise jump on Oprah’s couch and confessing his love to Holmes. 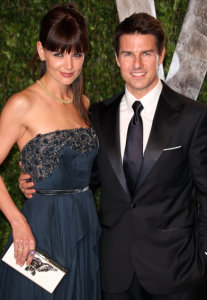 Jennifer Garner Looking Casual When Out and About in New York

Jude Law Is a Dad Again - For the Fifth Time