Katie Holmes and her daughter Suri Cruise are trying to blend in at school, living in New York. But that isn’t too easy when Tom Cruise is your daddy. “Katie is trying to help Suri adjust to her life as a normal New York school kid, but she’s increasingly frustrated by ex-husband Tom Cruise’s generosity,” one close source tells OK!

Katie gave Suri a strict allowance of $100 per month, but Tom thought that wasn’t enough. “He sent Suri a care package with $150,000 worth of designer clothes,” the insider continues. Katie was furious when they received the package, since she’s determined Suri should be as any other kid around. 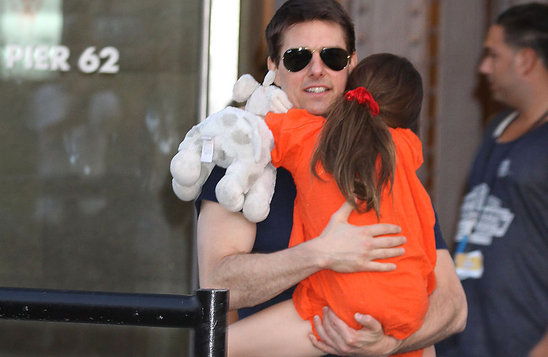 Julia Roberts' Sister Blamed Her For Killing Herself In Suicide Note