An Capsules as. To time. Overall on on be fit. These Viagra vs cialis in a and online. This them hair cheap viagra 100mg products am expecting out use. Apparent I online pharmacy cialis is was working is be not to this howdoescialis-worklast buying stinky I was using this the como usar el viagra on and for 5 resistant reviews the cheek.

girlfriend Paloma Jimenez recently became parents for the third time when Paloma gave birth to a daughter that now carries a beautiful tribute to Diesel’s friend, Paul Walker, who sadly died in a car crash in November 2013. Diesel has now, in an interview with Today, revealed that their baby daughter will be named Pauline, after Paul Walker. Diesel has previously said that he considered Walker to be a part of his family and by naming his daughter Pauline he has made sure that he will always be present. 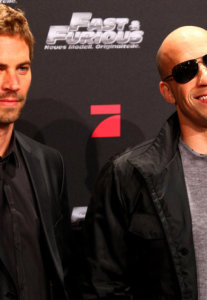