One of the reasons why Khloe Kardashian dumped French Montana was because he was texting with her best friend Malika Haqq. But despite French’s secret fling with Malika behind Khloe’s back, the reality star decided to forgive her best friend now that French is out of the picture.

The source also claims that Khloe was already on the verge of breaking up with French. “She had a lot of doubts about him. She trusts Malika like a sister, she knows she’d never stab her in the back that way. 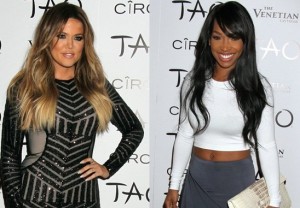 Amanda Bynes Has Been Hospitalized Again