Khloe Kardashian recently dumped her boyfriend French Montana, because he was allegedly needy and obsessive – but now it turns out there’s more to the story.

Montana reportedly secretly texted Kardashian’s best friend Malika Haqq behind her back. “Khloe broke into French’s phone and saw him sending all kinds of inappropriate texts to her girl,” an insider tells Media Take Out. “That’s why they broke up.”

The Keeping Up With The Kardashians star divorced from her ex-husband Lamar Odom last year and rebounded with Montana. 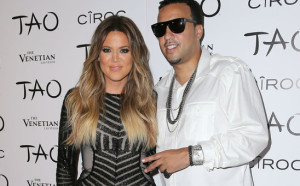 Khloe Kardashian Leaves The Gym After A Sweaty Session