Not many people know that Lady Gaga was about to give up her career earlier this year. The singer now admits she wanted to quit music during the beginning of 2014, after her album ‘ArtPop’ received mixed reviews from critics.

“Six months ago I didn’t even want to sing anymore. I was so sad. I couldn’t sleep. I felt dead,” she told Parade. “I’m not going to say any names, but people get irrational when it comes to money. If you help an artist, it doesn’t give you the right, once the artist is big, to take advantage of them.”

The 28-year-old star says legend Tony Bennett saved her life and career, after they teamed up for their forthcoming album. “I tell Tony every day that he saved my life. He wanted nothing but my friendship and my voice. 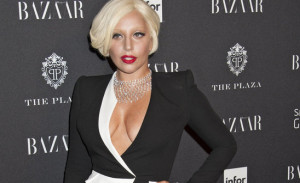 How Cool Is Rachel Zoe's Braid?