Zayn Malik, 22, is engaged to Perrie Edwards, from the band Little Mix, but while he was in Thailand photos of him embracing another girl found its way to the Internet. Immediately people started speculating whether he had been cheating on Edwards.

All of this became too much for Edwards to handle, who now has flown back to the UK to get rid of all the stress that this has been causing him. We suspect that his first stop will be at Edwards home to explain exactly what happened.

Malik will now miss the next three concerts in Asia but he is expected to re-join his band mates at the end of the month. 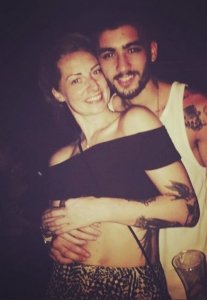 One Direction Has to Pay a Drug Bond to the Philippines